What is Opioid Addiction? 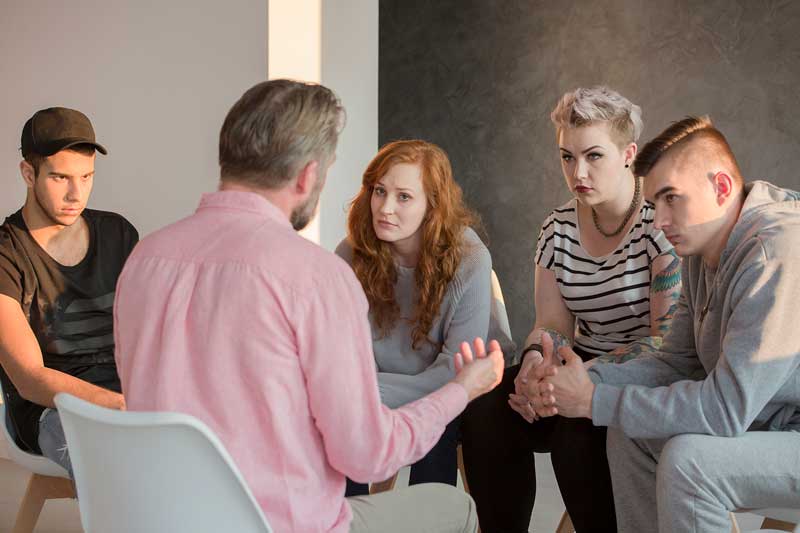 Opioid addiction is a long-lasting (chronic) disease that can cause major health, social, and economic problems. Opioids are a class of drugs that act in the nervous system to produce feelings of pleasure and pain relief. Some opioids are legally prescribed by healthcare providers to manage severe and chronic pain. Commonly prescribed opioids include oxycodone, fentanyl, buprenorphine, methadone, oxymorphone, hydrocodone, codeine, and morphine. Some other opioids, such as heroin, are illegal substances that are abused.

Opioid addiction is characterized by a powerful, compulsive urge to use opioid drugs, even when they are no longer required medically. Opioids have a high potential for causing addiction in some people, even when the medications are prescribed appropriately and taken as directed. Many prescription opioids are misused or diverted to others. Individuals who become addicted may prioritize getting and using these drugs over other activities in their lives, often negatively impacting their professional and personal relationships. It is unknown why some people are more likely to become addicted than others. Although opioid addiction does not have a clear pattern of inheritance, many affected individuals have a family history of addiction to opioids or other substances. People who have family members with addiction appear to have a higher risk of addiction themselves. This increased risk is likely due in part to shared genetic factors but it may also be related to environment, lifestyle, and other non-genetic influences that are shared by members of a family.

Opioids change the chemistry of the brain and lead to drug tolerance. That means, over time, the dose needs to be increased to achieve the same effect. Taking opioids over a long period of time produces dependence, which causes physical and psychological symptoms of withdrawal (such as muscle cramping, diarrhea, and anxiety) when they stop taking the drug. Dependence is not the same thing as addiction; although everyone who takes opioids for an extended period will become dependent, only a small percentage also experience the compulsive, continuing need for the drug that characterizes addiction.

Many of the genes that are thought to play a role in opioid addiction are involved in the endogenous opioid system, which is the body’s internal system for regulating pain, reward, and addictive behaviors. It consists of opioid substances produced naturally within the body (called endogenous opioids) and their receptors, into which opioids fit like keys into locks. Opioids introduced from outside the body (called exogenous opioids), including opioid medications and heroin, also exert their effects by acting on these receptors. Variations in the genes that provide instructions for making opioid receptors have been studied extensively as genetic risk factors for opioid addiction. Researchers suspect that differences in the receptors’ structure and function influence how the body responds to opioids.

Opioid receptors are found in the nervous system, where they are embedded in the outer membrane of nerve cells (neurons). When endogenous or exogenous opioids attach (bind) to the receptors, the interaction triggers a series of chemical changes within and between neurons that leads to feelings of pleasure and pain relief. The mu (?) opioid receptor, which is produced from the OPRM1 gene, is the primary receptor for most opioid drugs. Common variations in the OPRM1 gene appear to influence how the body responds to opioids, including the amount of an opioid medication needed to achieve pain relief. At least in some populations, these variations have also been associated with the risk of opioid addiction.

Variations in genes involved in other aspects of nervous system function have also been studied as risk factors for opioid addiction. Some of these genes play roles in various neurotransmitter pathways, in which chemicals called neurotransmitters and their receptors relay signals from one neuron to another. Other genes provide instructions for proteins that help control the growth, survival, and specialization (differentiation) of neurons. Although variations in several of these genes have been associated with opioid addiction, it is unclear how these genetic changes influence the way in which the nervous system responds to opioids.

Opioid addiction is a complex disorder, and non-genetic factors also play a critical role. Factors that have been shown to increase the risk of opioid addiction include a history of substance abuse; depression or other psychiatric disorders; childhood abuse or neglect; and certain personality traits, including impulsivity and sensation-seeking. Living in poverty and in a rural area, associating with others who abuse opioids or other substances, and having easy access to prescription or illegal opioids also contribute to a person’s risk of opioid addiction. It is likely that a combination of health, social, economic, and lifestyle factors interact with genetic factors to determine an individual’s risk

What are the Dangers of Addiction?

Opioid addiction can cause life-threatening health problems, including the risk of overdose. Overdose occurs when high doses of opioids cause breathing to slow or stop leading to unconsciousness and death if the overdose is not treated immediately. Both legal and illegal opioids carry a risk of overdose if a person takes too much of the drug, or if opioids are combined with other drugs, particularly tranquilizers called benzodiazepines.

Only a healthcare provider can diagnose this disease. Reaching out to HOPE Recovery Clinics and their physicians and counselor can help you learn ways to talk to a loved one about opioid addiction or to pursue treatment for yourself.

What is MAT treatment for addiction?
The Symptoms of Addiction